The Chimney, as we came to know it, was a mile-or-so hike, up through the hilled forest that was situated behind St. Pauls Methodist church. Growing up in the Valley area of Syracuse NY during the 60s, the Chimney was one of the many spots that we all seemed to know about, and regularly frequented. It was actually an old stone chimney that sat in the middle of the path, standing watch over the surrounding elevated woodland. I would guess the remains 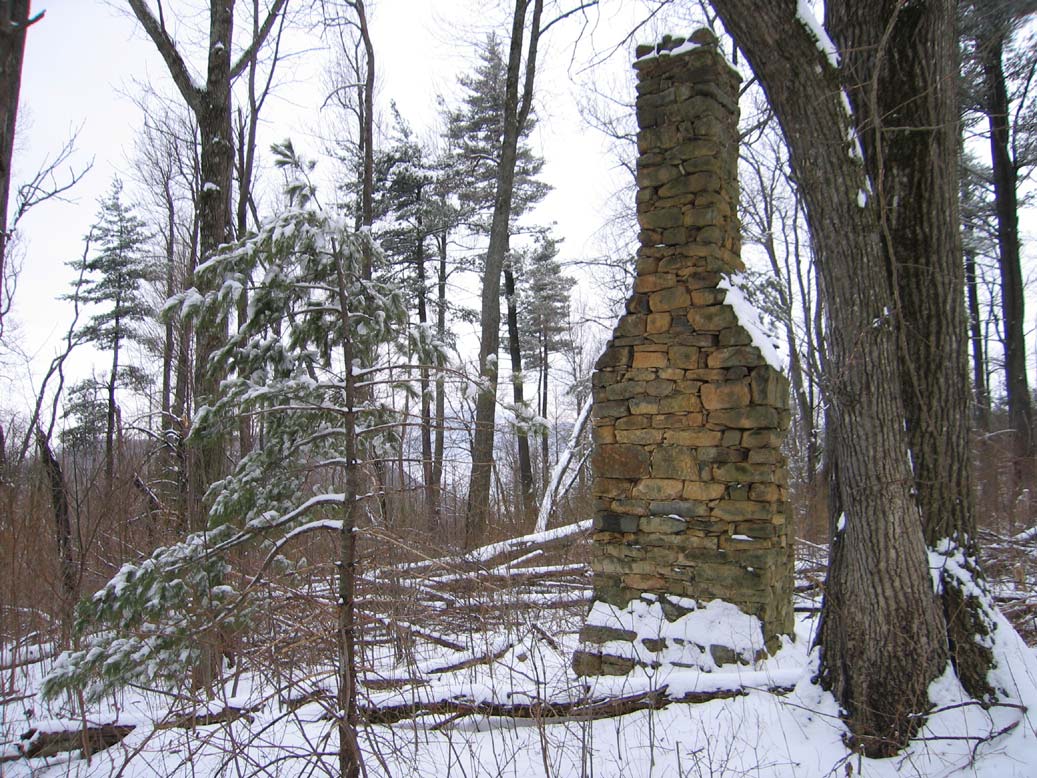 of a shelter from an early settler in Onondaga County. Someone smarter would know for sure. A mile or so further up the forested path sat Eggleston’s cabin; the remnants of an abandoned shell that once was, as rumor had it, the summer retreat of (you guessed it) Mr and Mrs Eggleston, a couple of "old" people who were probably in their 50's at the time. A small galvanized pipe stuck out of the side of the hill nearby, which regularly provided spring water to thirsty youngsters when the Boy Scout canteens (snuck out of their older brother’s closet) ran dry.

Enough about Eggleston’s Cabin for now. Back to The Chimney. Nobody in our crew seemed to know the history of this stone giant; where it came from and how it came to be located on this particular rise of land; least of all, the 10-12 year olds who regularly wandered up there (parentless, of course, as that was how we rolled in those days). Another thing, we had no idea how it was even (re)discovered in the first place. I imagine it was stumbled upon by some long-since forgotten soul, and then its existence was passed down through the ages to and through generations of adolescence. On lucky days, we would have pilfered a can of pork-n-beans from the cupboard at home and heated them cowboy-style o 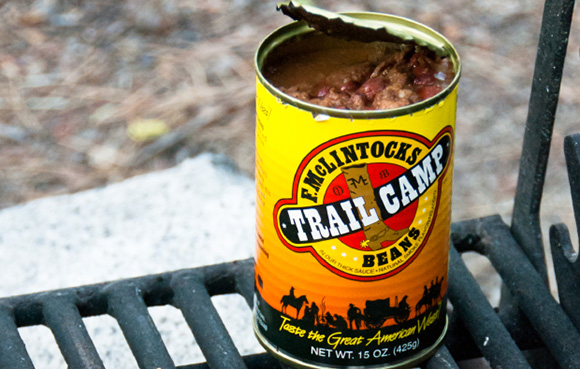 n the open flame of a fire made from matches acquired in the same manner as the beans. Ah, those were some good days! And not once did we burn the forest down (to our knowledge, anyway).

I was thinking about The Chimney the other day when I was in a discussion with another party on the subject of a recent roof evaluation I preformed as a part of a home inspection on a house they were selling. As home inspectors, our “Standards of Practice” include identifying a defect, describing the “why” (why it’s a problem) and issuing what amounts to a call for action. During this process , we open the door (identify the concern), pass through the doorway (describe why the condition is a problem) and close the door (make our recommendation). Plain and simple, right? It is the final part of this process that can be vexing at times; the recommendation.

During a home inspection for a potential buyer in this particular case, I observed a 15 year old asphalt shingle roof-over (the current layer of 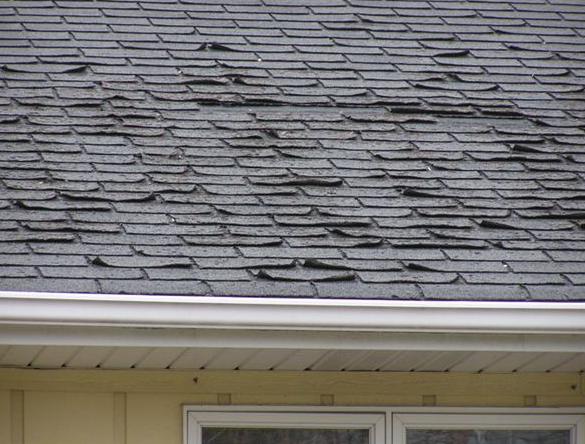 shingles having been installed over the old roof) that had heavily curled shingle tabs, extensive wear, not to mention significant granule loss. The shingle deck (base of the shingle) was visible in many areas throughout the roof surface, leaving it subject to the UV death-rays of the sun and any other weather element that cared to chime in. So of course, I made a recommendation which entailed further evaluation by a qualified roofer, to include estimates followed by roof replacement.

The “qualified” roofer that was brought in (a friend of the seller of course) came back with a verbal, “this roof will last another 5 years”. (Of course, he wouldn’t put anything on paper and he wasn’t really a "roofer", just did roofs on the side from time to time. He “knows roofs” is how it was put to me). Luckily, my clients, the potential buyers, weren't buying the line that the "roofer" was selling!

And while on the phone with the none-too-pleased seller, his vitriol turned towards why I was “ trashing his roof”, at the risk of "costing him a lot of money", and possibly "killing the sale of his house". My explanation to him fell on deaf ears. The condition of the roof was, afterall, the condition of the roof! That was that!

As the tirade continued, I found myself zoning out a bit and began thinking about "The Chimney" again. That memory is one of my “happy places”. I wondered, how did I even know where The Chimney was or that it even existed? Well, I pondered as the unhappy seller continued to drone on in the background, I guess I simply followed the crowd. By and by, I became part of the crowd in front, with other youngsters following us "big kids", being 12 years old and all.

This process is pretty much the same way I learned my way around many of the different construction practices, including roofing, in my past life as a renovation contractor. I watched what the other guys were doing, studied their movements and practices, read up when I needed to, and over

time it  came to where I could build a house from the bottom up with the knowledge I gained through this form of osmosis. I think we can all agree that this is how most contractors and trades-persons learn their skill. And it’s often first-rate, solid information! I still  remember like it was yesterday the day I was taught by a seasoned carpenter how to build a set of stairs! It was magical! Some of the most intelligent, hard-working professional people I’ve ever known wear a hammer on their belt or carry a pipe wrench in their calloused hand, and that is good! (Sadly I’ve also witnessed, to the detriment of the good ones, the effects of the lesser form of contractor whose shoddy amateurish workmanship and scam tactics give the good contractors a bad name.)

With all that said, as a contractor, I never once attended a formal class on inspecting the framing on a house; I never once attended a class on foundation inspections. And, not once did I attend a class on roof inspections! None of that, not until I became a home inspector. Guess what? Until that time, I was unqualified to properly inspect many of the very components that I was qualified to install. A lot of contractors and trades people are in the same boat. To be certain some do, but a big problem is many of the “experts” often don’t know what they don’t know… any more than I did!

And here’s another thing, my guess is, unless he's been trained as a home inspector, "Uncle Louie" who “knows houses” probably doesn’t know how to inspect one.

Moral of the story (well, actually there are two):

That's all for now!Stay safe!