Everything I Really Needed to Know I Learned In The Marines

Everything I really needed to know I learned in the Marines 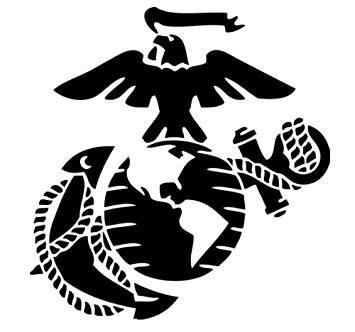 Back in 1988 Robert Fulgham authored a self-improvement book titled “All I Really Needed To Know I Learned in Kindergarten”. This was a book that referenced some of the simple life lessons that were being taught to young expanding minds and how they really should translate into our adult lives. Lessons such as “share your things-play fair-don’t hit people-wash your hands before you eat, and so on.  It was a wonderful short read! At the risk of insulting the esteemed Mr. Fulgham, I offer up my own version of his book titled “Everything I Really Needed To Know I Learned in The Marines”

Now to be clear, not everything I needed to know, as my parents stood "firewatch" over the first 18 years of my life, which I'm pretty sure was less fun for them than I. They were the ones who built the foundation, for which I am forever grateful.

Let me start by saying I spent 10 years serving with the Marines, entering directly out of high school in 1977, with 6 years on active duty and 4 years in the active reserves. It was during that time that I was branded into who I was to become as an adult. And much like a tattoo, that brand doesn't disappear when you opt out.

To say my “time in” was a blast would be a misstatement of epic proportions. While there were no doubt epic times to be had, much of the time spent was in miserable, uncomfortable and difficult "climes and places", as the Marine Corps hymn goes. That’s what we do! Marines do misery! And we do it well! Marines have a saying, "We've done so much with so little for so long, that now we can do everything with nothing forever!" There's a lot ot truth to  that saying!

Let me also say this. I was a peacetime Marine. Never fired a shot in anger; never had one fired at me. And while I had the privilege of serving with some heroes; was trained by some and even got to train some myself, to be sure, I wasn’t one of them. So if you came here for war stories, you'll leave disappointed. All that said, the lessons I learned during my time in the Corp brought me much farther in life than I could have ever hoped for were I to have taken the easy way out.

We are all different, but every one of us has one thing in common-

We are all going to wake up one day and take our last breath. That may be 30 years from now or it may be tomorrow. We don’t know what the plan is and there’s no way for us to find out except for living it. And when that last breath happens, every one of us is going to fade into the haze of history. No more “what’s for dinner” and no more “cups of coffee” and no more “gotta go grocery shopping”. No more “wanna see a movie?” and no more “How was your day?”…No more nothing! Your turn will be over. And all the cars and the money and the houses-on-the-hill and the toys…none of that will matter. The footprints from your life will be measured by your deeds, not your stuff